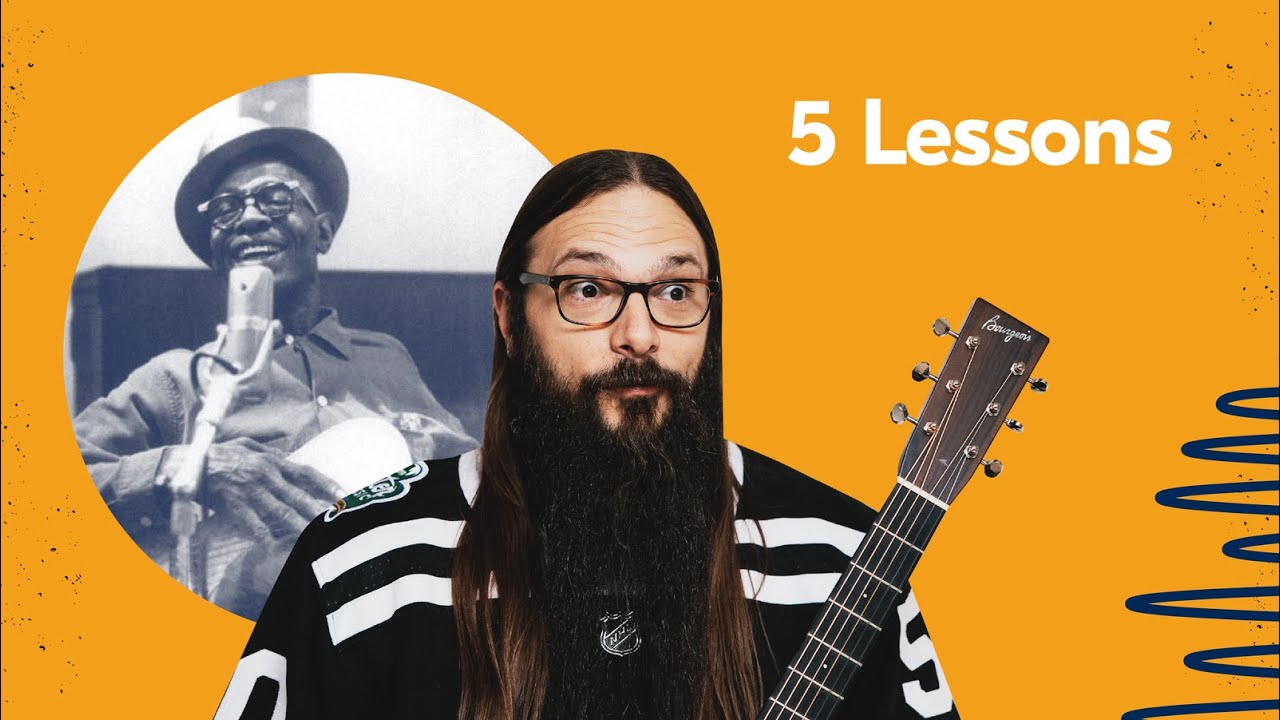 This episode will show you some important mechanics of Lightnin’ Hopkins’ playing while also diving into his musical philosophy. By the end of the video, you’ll gain some key insights on his playing and be able to apply some of his style and technique to your own guitar journey.

I love focusing on Lightnin’ Hopkins because so much of it has to do with feeling the music in your heart. Don’t get me wrong, theres plenty of technique to work on when emulating Lightnin’s playing, but there’s also a mindset you need to play music in his style.

Hopefully by the end of this episode, you’ll have a greater appreciation for this master of blues guitarist. Be sure to let me know in the comment which one of his blues guitar lessons helped you the most!

In addition to learning Lightnin’ Hopkins’ style, you’ll get a chance to try the TAC Tuesday Guitar Lick Challenge. You’ll be focusing on pull-offs and “punching” the rhythm.

And, finally, I’ve got a host of artists that I want to talk about on the Acoustic Guitar News segment. I also want to address some of my concerns about @Gibson TV and their new guitar line.