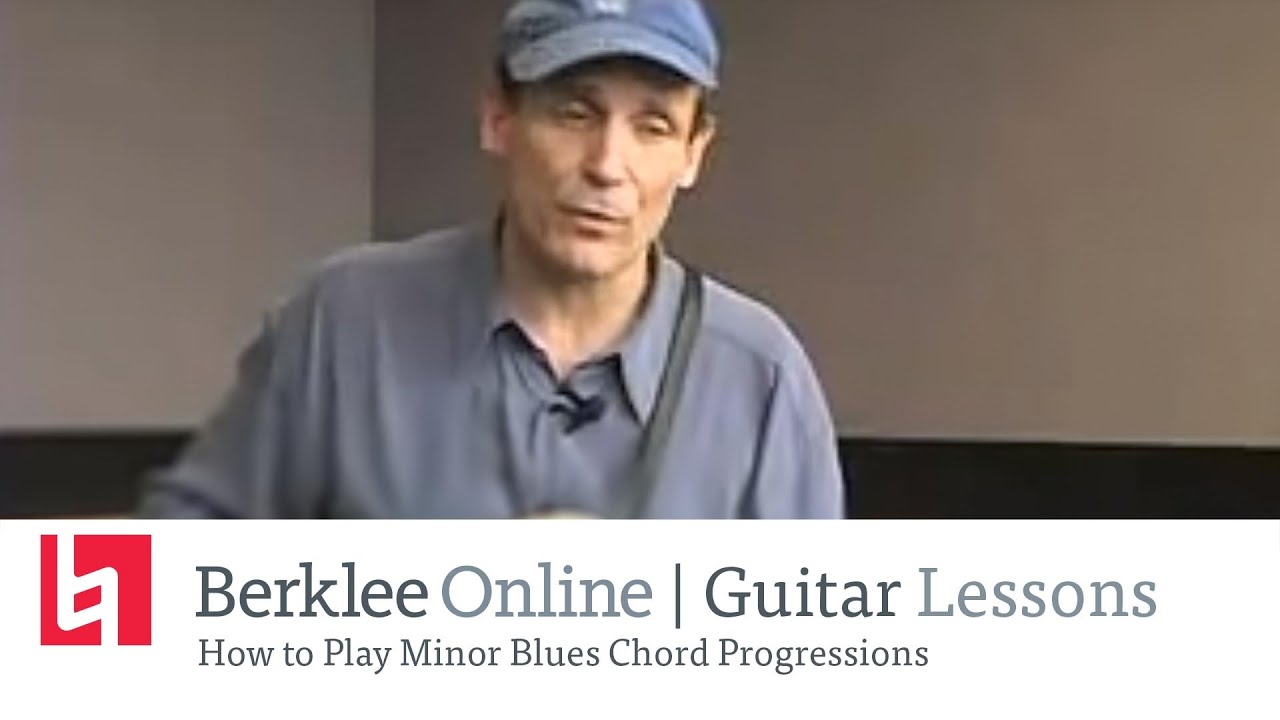 In this free online guitar tutorial, Berklee College of Music professor and Berklee Online course author Michael Williams explains minor blues progressions for the rhythm guitar in the style of BB King’s “The Thrill is Gone.”

About Michael Williams:
Michael Williams has been active as a blues and jazz guitarist around New England since 1987. He has performed extensively throughout the United States and Canada as a member of Grammy winner James Cotton’s blues band, and with many other artists, including David “Fathead” Newman, Mighty Sam McClain, the Bruce Katz Band, Sugar Ray Norcia, Darrell Nulisch, Toni Lynn Washington, Michelle Willson, Jerry Portnoy, the Love Dogs, blues piano virtuoso David Maxwell, and his own band, Michael Williams and Friends.

Williams performed on James Cotton’s CD, 35th Anniversary Jam, which won a W.C. Handy Award and received a Grammy nomination for the Best Traditional Blues Album in 2003. He performed on Bruce Katz’s 2004 release, entitled A Deeper Blue, and his playing, songwriting, and arranging are featured on Michelle Willson’s CD So Emotional, which earned a four-star review in Down Beat magazine. In 1999 Williams released a CD, entitled Late Night Walk (Blue Tempo Records), which features ten original compositions with guest artists David “Fathead” Newman on tenor sax, Sugar Ray Norcia on vocals, and Bruce Katz on Hammond B3 organ and piano.

Originally from Northern California, he has written jingles for radio and television, and performed on extended tours throughout Europe with jazz and theater groups.

Williams is an Associate Professor at Berklee College of Music in Boston, where he has taught since 1987. He specializes in teaching a mix of blues and jazz styles, and has traveled to Europe and South America on several occasions as a clinician and performer for the college.