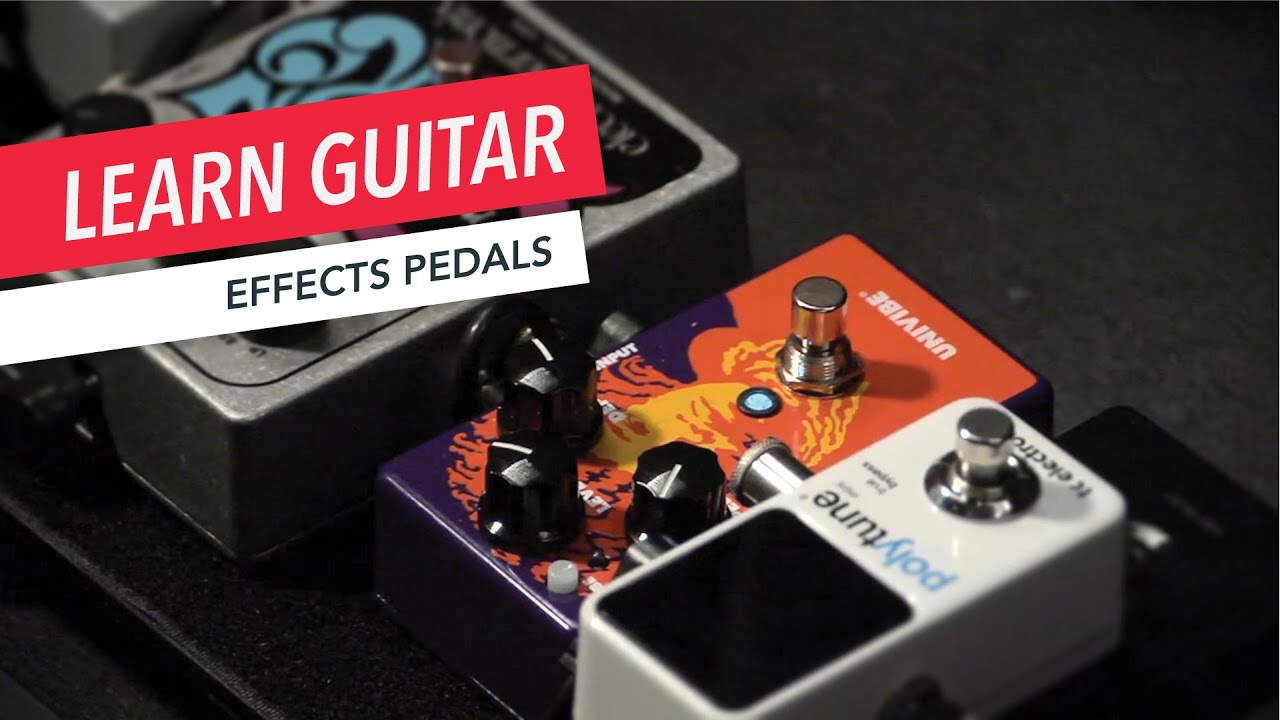 In this free beginner guitar lesson, Berklee Online instructor Thaddeus Hogarth gets into a few of the essential effects pedals you’ll want for your electric guitar. He demonstrates the crunchy sound of an overdrive pedal, and how it’s great for soloing; a chorus pedal, and how that can make your guitar sound like multiple guitars when you’re playing rhythm guitar; and the wah-wah pedal, which produces a sound not unlike its name. Specific pedals featured in this beginner guitar lesson include the Zombie Klone MKI by Fredric Effects, which is an overdrive pedal, the Dunlop JHM3 Jimi Hendrix Univibe chorus pedal, and the Morley Mini-Wah pedal. Also visible is the Electro Harmonix Micro Q-Tron Envelope Filter.

About Thaddeus Hogarth
Born in the U.K. and raised in the West Indies, Thaddeus Hogarth is an associate professor in the Guitar department at Berklee College of Music. A two-time winner of the Independent Music Award for R&sB/Blues (2001, 2006), he has been a prominent guitar player and singer-songwriter on the New England music scene since 1990, when he graduated from Berklee. He leads his own group, the Thaddeus Hogarth Band, featuring David Buda on bass, Joey Scrima on drums, and David Sparr on keyboards. They have shared the bill or stage with such legends as Tower of Power, Average White Band, James Montgomery, Fred Wesley, and Johnny Winter, and were recently hand-picked to represent Bose nationwide for the launch of its revolutionary live music amplification technology.

His work also includes collaboration with the reggae legend and Grammy nominee, Sister Carol. Prior to this, Hogarth was the principal singer-songwriter and guitarist for Heavy Metal Horns, known for their original heavy hitting funk-rock grooves and full brass sound. The band released two CDs with international distribution—Heavy Metal Horns (Square Records) and Horns In The House (Polystar Japan/Danger), in addition to garnering awards such as Best New Band (Boston magazine, 1990) and Outstanding Club Act (Boston Music Awards, 1992). Since then, he has released four award-winning solo CDs and a live concert DVD, and is the author of “Funk/R&B Guitar: Creative Solos, Grooves, and Sounds” (Hal Leonard/Berklee Press). His music and voice can be heard worldwide in full-length and independent short feature films, commercial television, PBS, and MTV. Billboard magazine describes Hogarth’s music as “Soul Terra Firma,” and the Boston Globe calls him a “guitar virtuoso.”